Are you planning a weekend trip in Barcelona from Germany. What should you do in Barcelona for three days? Read here about the best of Barcelona.

We began our three-day trip to Barcelona with a direct flight there from Frankfurt. It was early June and the weather was beautiful despite the raindrops that fell at different times during our time there. When we landed, we went directly to our hotel, which was about a forty-minute walk from the city. 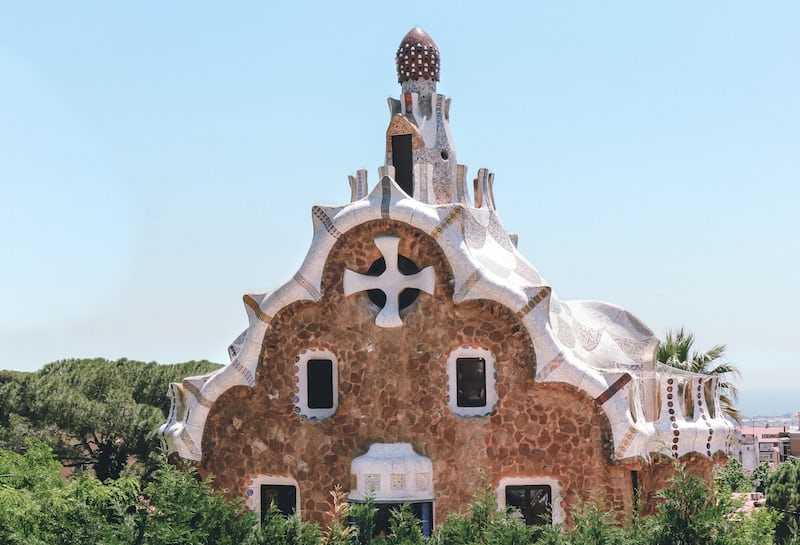 Disclaimer: This post has some affiliate links. This means I may earn a small commission if you click and purchase something.

Since it was raining after we checked in, we had the brilliant idea of purchasing tickets for a hop on hop off tour bus. We got the ones that were valid for forty-eight hours since it looked like we might end up looking like drowned rats wandering around the city if the raindrops didn’t stop.

The tour bus has three different lines, so we knew that we could see most of the best attractions that the city had to offer while spreading them out over the two days. After spending a good portion of the afternoon on the bus, dodging raindrops in between at certain destinations, the day started to dry out. 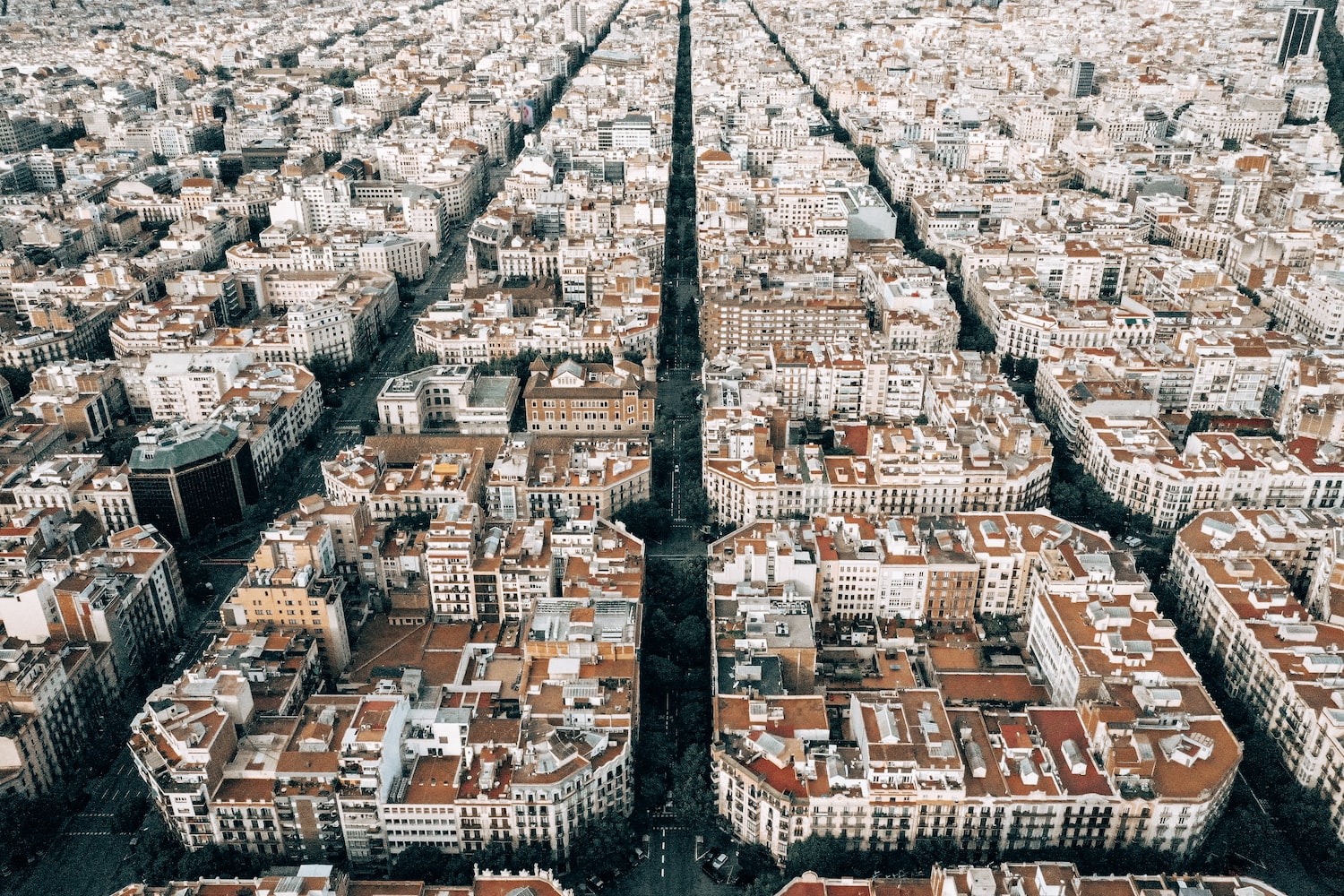 We rejoiced when we started to see the sun peek out from behind one of the clouds and decided that it was the perfect time to take a stroll on the most popular street in the city. La Rambla! This pedestrian street is lined with trees and it is just over a kilometre in length. It wasn’t as crowded here as we thought it would be, since it is a major tourist magnet, yet that could have been due to the weather earlier in the day. 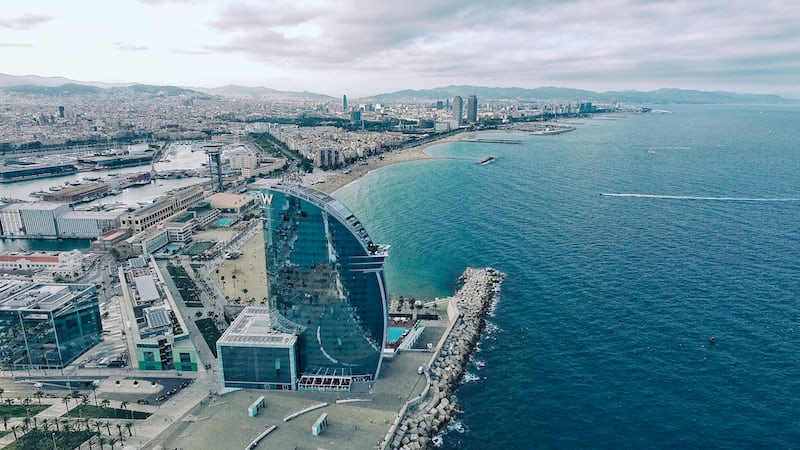 We grabbed some delicious street food instead of sitting down in a restaurant for our nighttime meal, but we didn’t regret our decision for a second! As we walked back to our hotel, we discovered a bar that had people entering and exiting at a good rate, so we wandered in for a few drinks before calling it a night.


The next morning began early, as we strolled along the streets towards the Gothic Quarter. This neighbourhood is full of older buildings amongst the newly constructed ones and it took us some time to make sense of the winding streets that had some people walking in circles. Okay, we may have circled around a few times too!

It was funny seeing all the geese that were gathering in front of the cathedral amongst all the plants. However, we didn’t get to ponder why they were there for too long, as the rain began to fall again. It was our queue to scrambled onto the next hop on hop off the bus we saw. We stayed on the bus until it reached the Sagrada Família. This basilica was designed by the Catalan architect Antoni Gaudí. Gaudí died when it was less than a quarter of the way finished. This breathtaking masterpiece still isn’t finished. However, there are hopes that the work will be done by 2026. We spent a couple of hours wandering around, taking in the spectacular beauty inside and out.

TIP: Make sure to buy tickets in advance as this is a popular destination in the city.

When we finally left this spectacular church, we walked around more of the quarter as we purchased touristy knick-knacks. During our stroll, we discovered a small wine and tapas bar, and it was the perfect spot to take a break while enjoying some food and drinks.

Once our bellies were full, we hopped back onto the bus to visit a few other Gaudi venues within the city. We highly recommend Parc Güell, even though we didn’t see much of it due to the rain that kept insisting on falling at unpredictable times! 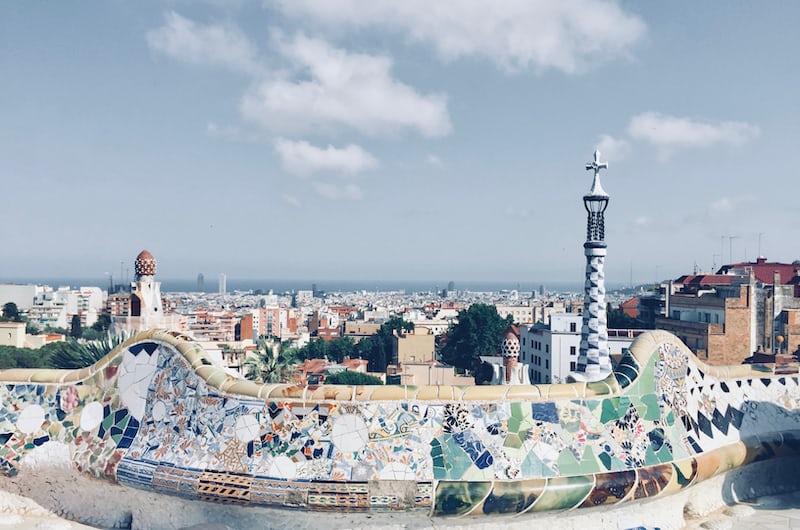 
Our third day in Barcelona brought an early walk to the FC Barcelona Stadium. We spent the entire morning there since one of us is a major football fan! The one who hasn’t enjoyed the stadium tour the most and could have done without wandering through the museum. 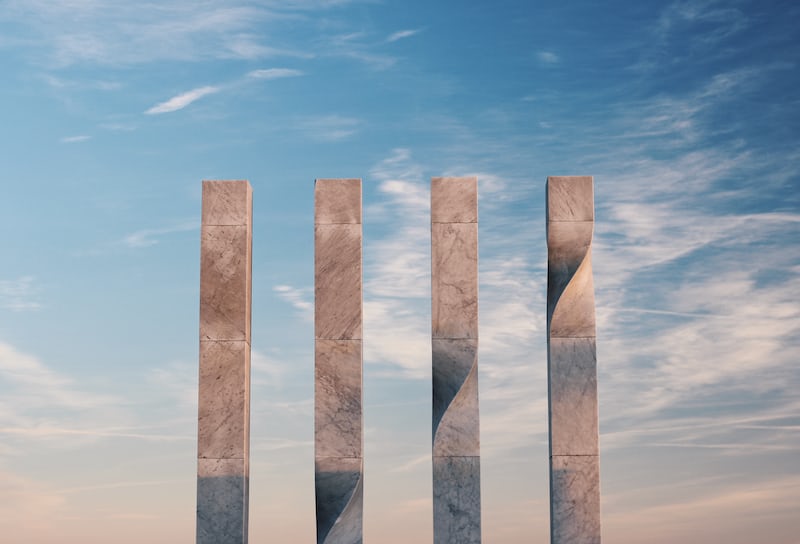 The afternoon brought a visit to the Hemp Museum Gallery, which was quite impressive. This museum was far on the other side of the city from where we were in the morning. But all the walking we did to get there was so worthwhile! The museum has more than eight thousand items related to cannabis, so we learned quite a deal during this visit. We purchased different types of hemp teas to take home with us and I couldn’t wait to try them!

At that point, we were exhausted after walking over ten kilometres that day. We decided to stop for some tapas and Spanish beer for our dinner.  It was so nice to be off our feet for a little while before heading back to our hotel. I think we both fell asleep instantly as soon as our heads hit the pillows that night!

Our last day in Barcelona came upon us rather quickly. We had been having a blast but decided to take it easy before our flight home later in the evening. We had had so much fun over at La Rambla that we decided to go back once more. During our walk, we found an NFL bar that served wonderful cocktails, although we didn’t know that until after our orders were taken and we had our first sips! 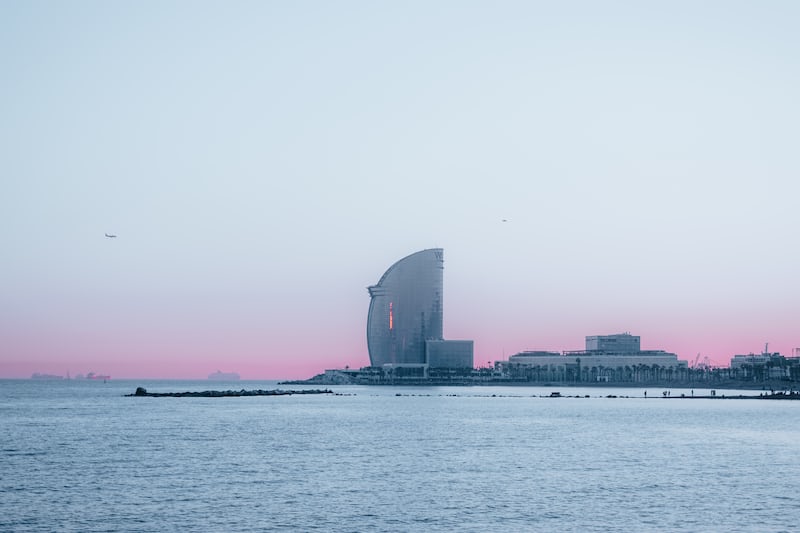 I wanted to stay there forever, but we eventually had to put ourselves into a taxi to ride to the airport. Of course, once we got there, we ended up with a three-hour delay due to the summer storms! Guess we could have had another drink or two before leaving the bar!

We loved every second of our time in Barcelona and can’t wait to go back!

Want to plan a weekend trip to Barcelona from Germany? Find your train or bus tickets with DB here.

Have you ever been to Barcelona? We would like to know if you have been to this fabulous city before and what you loved the most? Let us know in the comments below! 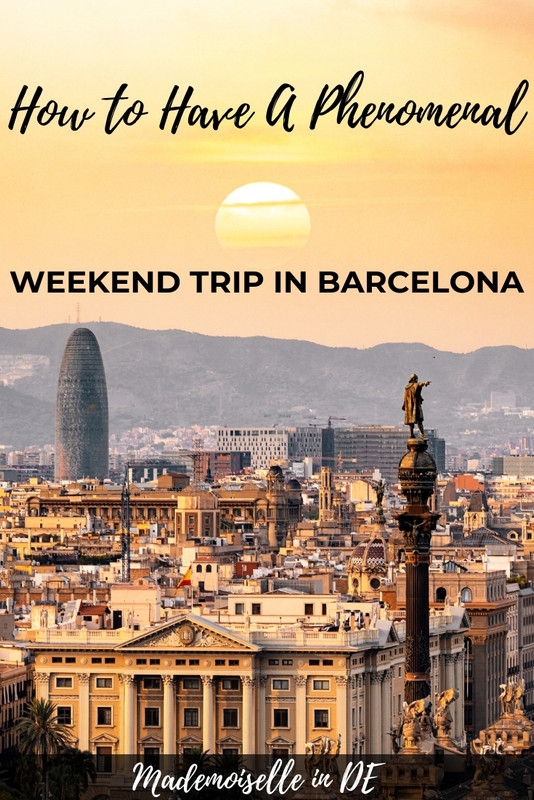 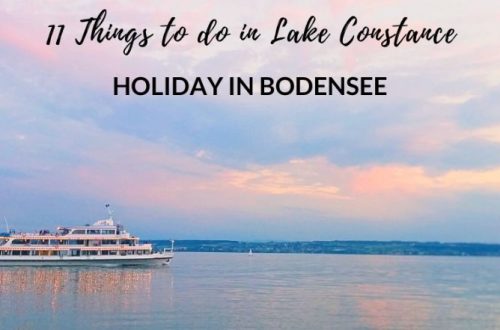 11 Things to do in Lake Constance – Holiday in Bodensee 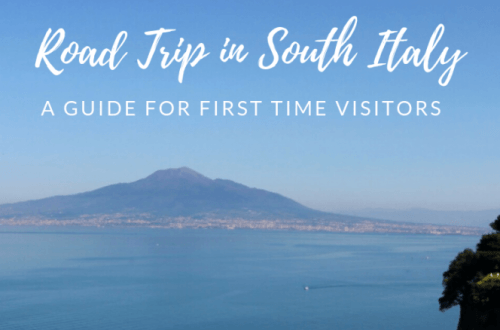 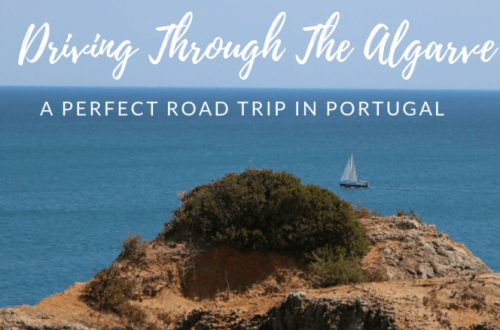 A Perfect Road Trip Through The Algarve, Portugal